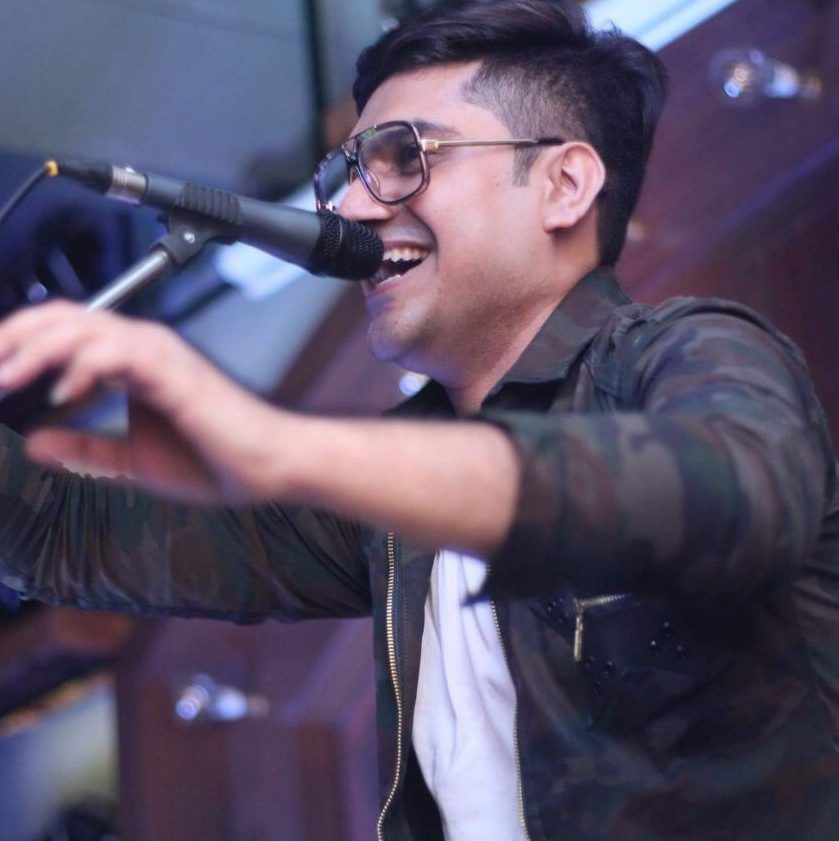 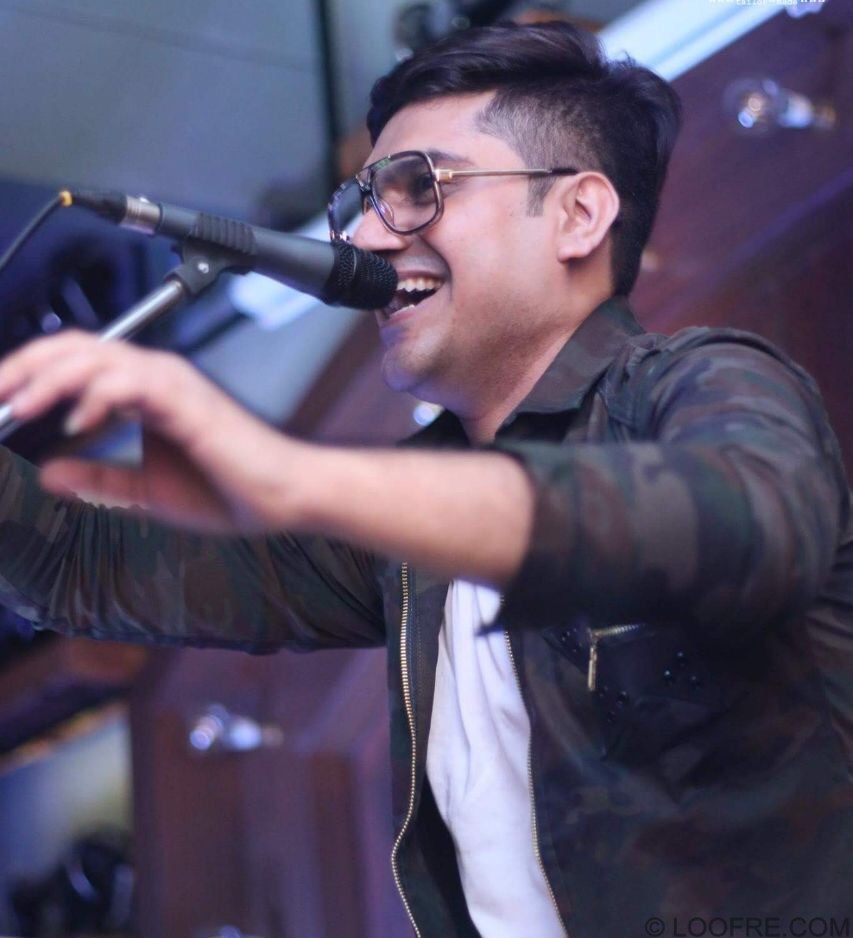 Well, Veshesh the Percussionist believes that he’s not extra-ordinary but, an ordinary person

with extra-ordianry Energy, Enthusiasm, Zest and Zeal. Veshesh is a child prodigy passionately playing music from the tender age of 4, schooled in the traditional gharana styles of Ajarara and Varanasi, he has been trained on table by guru Pandit Radhey Shyam and is a state level winner in Tabla instrument. He is blessed to attain invaluable dictates from the living legend Dr. Zakhir Hussain and also meet and imbibe lessons from evergreen musical maestro Hari Prasad Chaurasiya, Sabir Khan, Faizal Qureshi, Sivamani, contemporary artists Vishal Shekhar and Sajid Wajid.

He has a degree of Sangeet Prabhakar and a diploma from AAFT, Marwah Studio in sound recording and music video editing where he bagged the best student award for himself. Today, Veshesh is a National Award winning Percussionist, a government certified DJ and a music producer who has been entertaining people for more than 26 years now with his amazing music.

He’s adept at mixing electronic music, Dub step, House, Psychedelic, hip-hop, Trance, Jazz, Country, Retro, Techno Break beat, Mridangam, Drums, Electronic Dhol, Duffi to name a few. Also, innovation is golden to this man and hence, he has something new for his fans everytime! Collaborating and performing with various eminent artists is his passion and so, he has performed live with Atif Aslam and had a very Fine Jugalbandi at Red Live, performed at the opening set of Sonu Nigam show in Bangkok in 2011 and also at various private corporate shows in countries like London, Paris and Switzerland for Apollo tyres annual meet in Hong Kong, Mercedez Benz, Audi, Hitachi etc.

He even jammed live with the younger brother of Zakhir Hussain, with Shahrukh Khan, Kajol & Varun Dhawan for Dilwale, Govinda for the Launch Of Hero No.1, Reteish Deshmukh for Banjo promotions and has performed with many more stalwarts during these 26 years of his percussion journey. Veshesh has released his album, Percussion Podcast 1 and Percussion Podcast 2 which has been played on top channels of London, Paris, Dubai and Switzerland and tremendously touched millions of souls.

Work to express and people automatically gets impressed is the mantra. Keeping this in mind. Veshesh loves to perform at parties, college fests, events and concerts and he strongly believes that music definitely acts as a threat among people of various cultures, sects and countries. So, he aims at creating a boundary less world through his beats. For his endeavors he has been interviewed by leading media groups and channels like Sahara ncr, P7 news, Ayur Living Indias and Pragya and radio channels like Radio Mirchi with RJ Naved, Meow now ‘Oye’ 104.8, Rainbow FM 102.6. and has been acknowledged with Kala Sahib Kardigal award, Delhi Sikh Public’s Association Award for brilliance in Music and many more.

Don’t miss the chance to feel all the great energies that Veshesh sprinkles all around during his performances. You’ll definitely have one of the best moments of your life there.