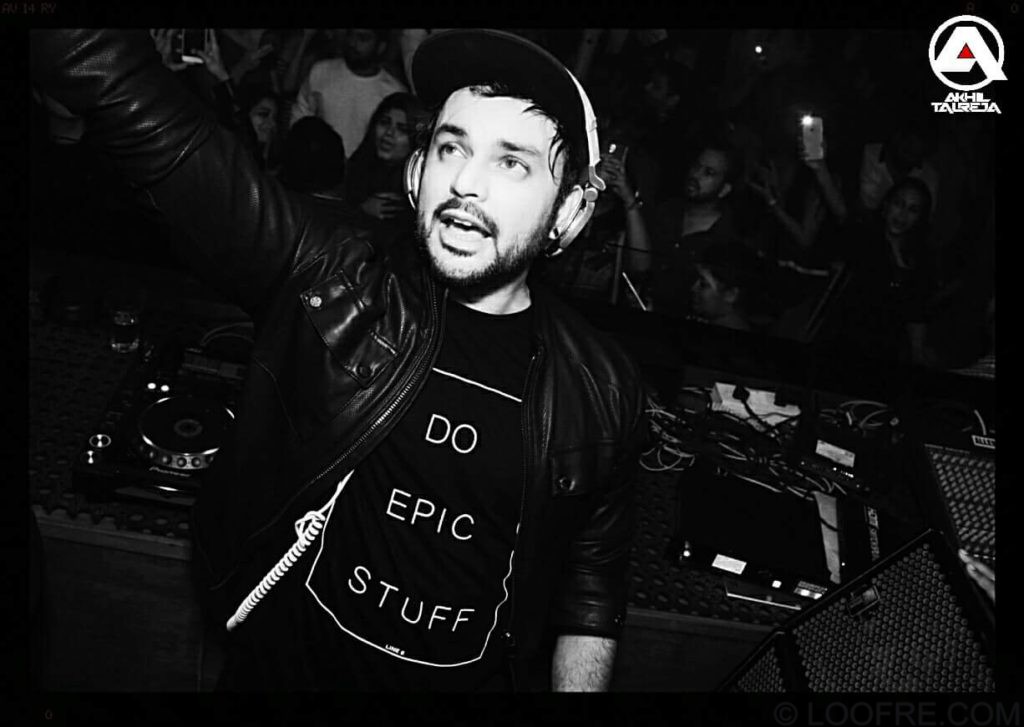 Widely reveled as the Tapori King of Bollywood Music, DJ Akhil can put the Entertainment into your celebratory occasion. He almost single handedly has managed to redefine Bollywood remixes in the eyes of today’s youth.

Listed as the no.1 DJ of India and Mumbai on djlist.com from 2013 to 2015, for DJ Akhil Talreja the journey has only just begun. With a galore of DJ battle winner titles’ awarded to his name, Akhil has been counted as one of the most sorted out DJ’s in the country. He has made his mark in the industry of DJing for 15 years and has been driven by this dream since the age of 17. From corporate events to big fat weddings, DJ Akhil has been down that lane and has accomplished a new level of acclamation quite efficiently.

DJ Akhil has also played his best at renowned Indian business families for wedding and other functions such as Kohli Wedding in Goa, Jains wedding Jodhpur, Choksi Wedding in Goa 2012, Rajpal Wedding in Karnal 2012, Bachelor Party in Udaipur in 2012, Bappi Lahiri Son’s Sangeet Function Gupta’s Wedding in Hua Hin, Thailand. One of his remarkable performances was in Mauritius wherein he performed besides Atif Aslam, Meet Brothers, Neha Kakkar, Benny Dayal and Nakash Aziz for the wedding in Jains’ family.

So, if you’re looking for one of the most talented DJ artists, who is well known and has travelled the world to unite two hearts into one, DJ Akhil Talreja fills the spot again! From Goa to Udaipur in India to mesmerizing wedding destinations such as Thailand and Mauritius, DJ Akhil has rocked each wedding with his dhamakedar music and beats.