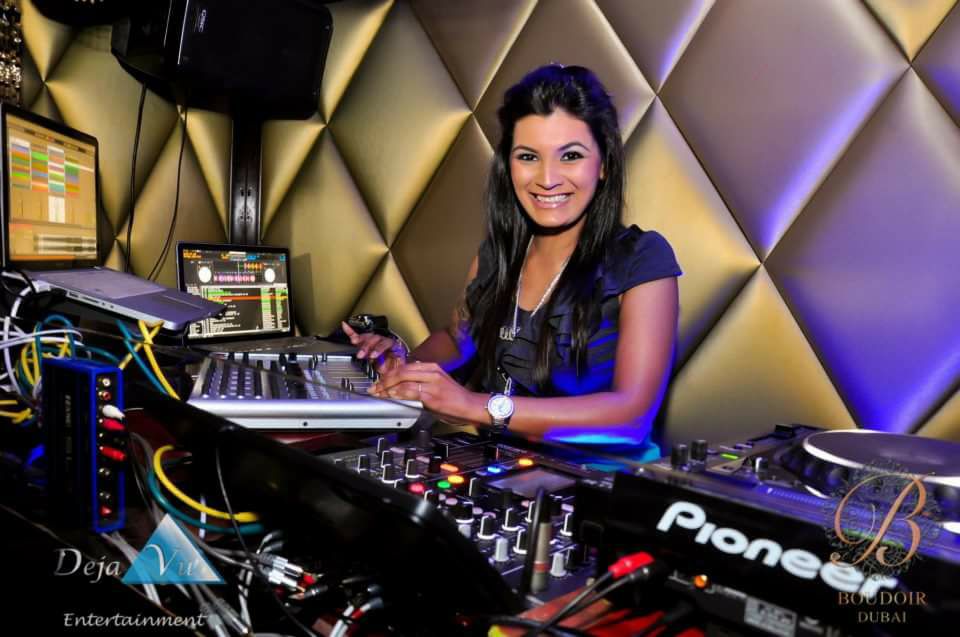 DJ LiL’B aka BHAVINI SHAH is a 29 year old Music Aficionado, a Clubbing Soul, a Hip-Hop Hustler, a Bollywood Music Lover, a Night Life Person, a Die Hard Workaholic, a Foodie, a Shutterbug, a Super Bling Crazy Freak, an Artist, a Cook, Avid Traveller, Explorer, a Curious Monkey and a Mother to a 3 year old daughter “Eva” from Mumbai! LiL’B is the first & the only Indian female DJ to spin on Ableton Live Interface!!!

Artist by birth – she started earning at a tender age of 13 by taking tuitions & arts n’ craft classes in her vacations before shifting gear to something more serious – Glamour Broadcast Journalism!

Anchoring, Reporting, Voiceover, Script Writing, Handling Events & PR, was a part of her curriculum at an age of 15years for a famous TV show ‘Wassup Mumbai’ which was based on Page3 Events like Fashion Shows, Product Launches, Press Conferences, Boutique Inaugurations, Premiere Shows, Awards, etc. which were glamorously by the Celebes, of the Celebes & for the Celebes, adding glitter to the Nightlife of Mumbai city.

Biggest motivation came from her parents which acted as a driving force for her to indulge more!

The journey kicked off at DJ Nasha’s workstation in May 2005, where her hobby grew into a career, named changed from Bhavini Shah to DJ LiL’B & she started spinning on & off at esteem nightclubs of Mumbai for ‘Ladies Nights & Hip-Hop Nights’. When questioned why she chose her stage name to be LiL’B she answers with a broad smile stating “I started DJ-ing when I was only 17. This proudly made me the youngest DJ in India and one of the’s in Asia!  Also, I used to love spinning loads of Hip Hop / RnB / Reggae / Gangsta music back in the time….Names of legendary Hip Hop Artistes like Lil’Wayne, Lil’Kim, Lil’Jon, Lil’Flip, and many more inspired me! Thus “LiL” is derived from my age and the Hip Hop influence & “B” stands for my initial “Bhavini” & the Bling freak that I am! I truly personify the popular

With feet grounded on land & vision set beyond horizon; devotion, determination & dedication is what she believes in.