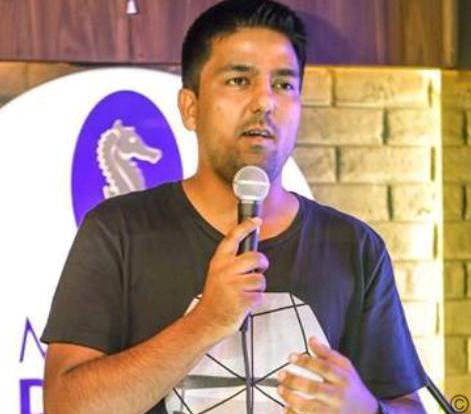 Pratyush Chaubey has  tried everything to become a Stand up comedian in last three years. First with hard work and determination he became a favorite of other comedians, they used to call him to perform in their shows because  he make other comedians sound funnier. Then January this year he left  his  job at TCS to pursue Standup Comedy, on farewell cake at TCS said ‘hahahaha’. In May he released  Standup Comedy video on YouTube titled ‘Job nahi chhodni chahie thi’, which received comments like ‘Bro tujhe sach me job nahi chhodni chahie thi’, one comment said ‘Bhai jaha aapne job chhodi hai, waha meri lagwaa doge ?

Finally, he took a bold step and created this a show of his own called ‘utna confidence nahi hai’ where he talk about his  journey from failures to accepting failures.