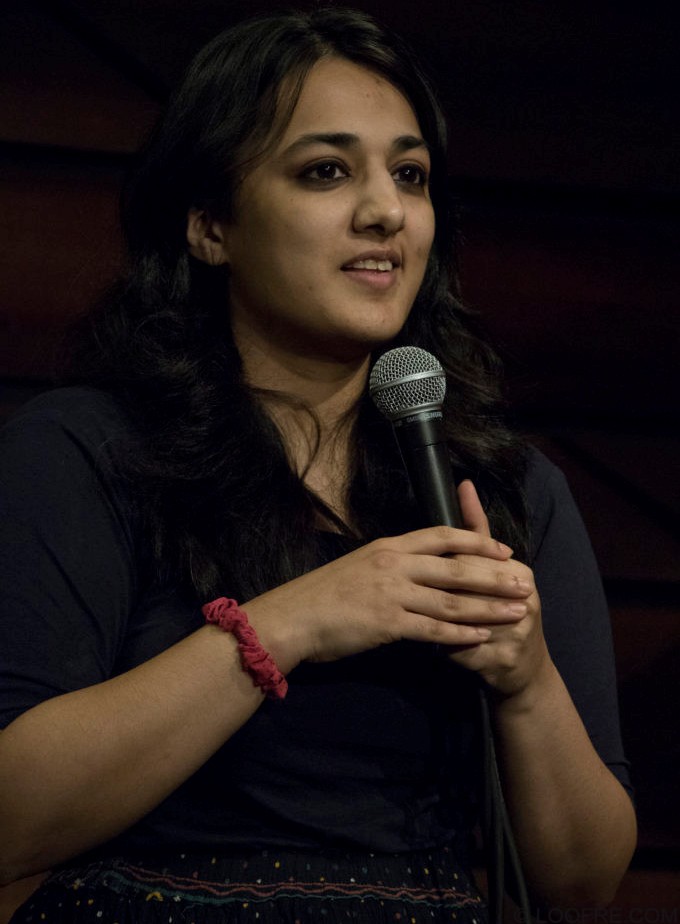 Pooja Vijay, India’s first stuttering comedian who has hosted a number of shows in various venues across the country. She is known for her self-deprecating humour and political incorrectness. A Chemical Engineer who hasn’t managed to find chemistry with anyone yet.

She decided to pursue comedy after she realised that she needed a hobby other than Facebook stalking. Through her comedy, she brings a fresh perspective to life as a stutterer (yes, just like the Nescafe ad!), the funny side of being an Indian studying in Europe and her failed attempts at being politically correct. She has performed in multiple cities across India and has been featured on leading media platforms such as NDTV, Femina and leading newspapers.