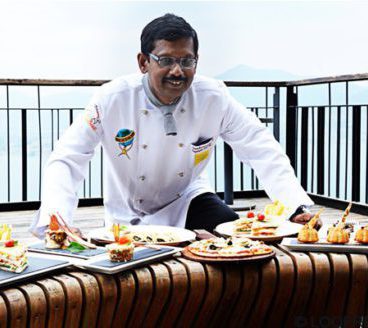 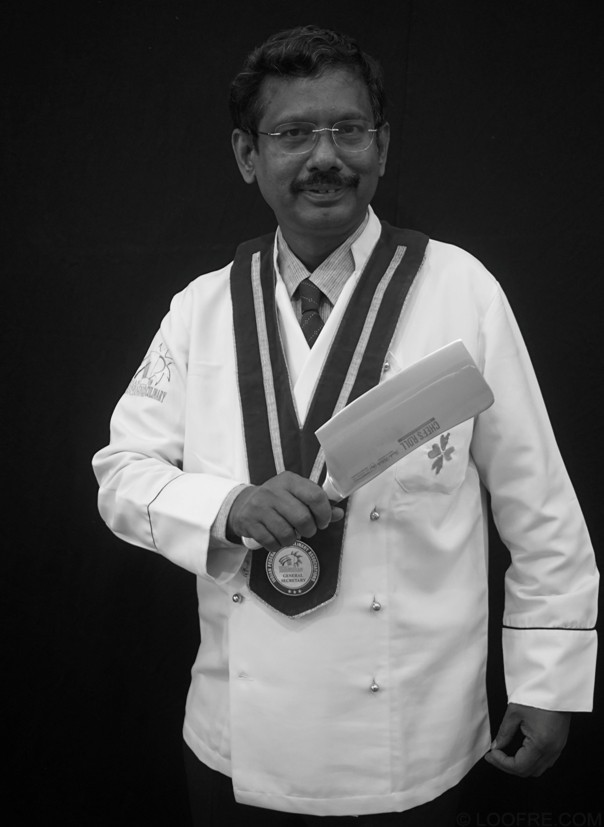 Dr. Chef Soundararajan, General Secretary of Indian Federation of Culinary Associations and the Corporate Executive Chef of Mahindra holidays and Resorts India Ltd. No wonder, he serves as an advisor for several Hotel Management colleges in India. He is also holding along with Chef Sanjay Thakur, Guinness book of world records for creating a restaurant at the highest altitude of the earth

He conceptualized and successfully executed Mumbai’s most popular French and Italian restaurant “Al Fresco”. He was the Chef Culinaire for various occasions in churning out designer cuisine during the launch of Meher Castellino’s Fashion Kaleidoscope at Hotel Guestline, Mumbai, Miss India 1995- 96 and launch of the Verve magazine to name a few.

–        To represent India at the 31st World Culinary Congress, Dublin to get membership of WACS

–        First Indian to present Indian cuisine at the prestigious Gourmet Epicenter, The Culinary Institute of America

–        He is the first chef in India to be awarded the Honorary Doctorate for his efforts to bring glory and credit to the profession.

–        Recipient of the National Award as the Best Chef of India from the Ministry of Tourism, Government of India,

–        He is also the Professor Emeritus, Chef Mentor at Dr MGR Educational Institute University based at Chennai, India.

He is a great inspiration for several young chefs of India; as an honorary member of WACS will enable him to make immense contribution to culinary fraternity in India