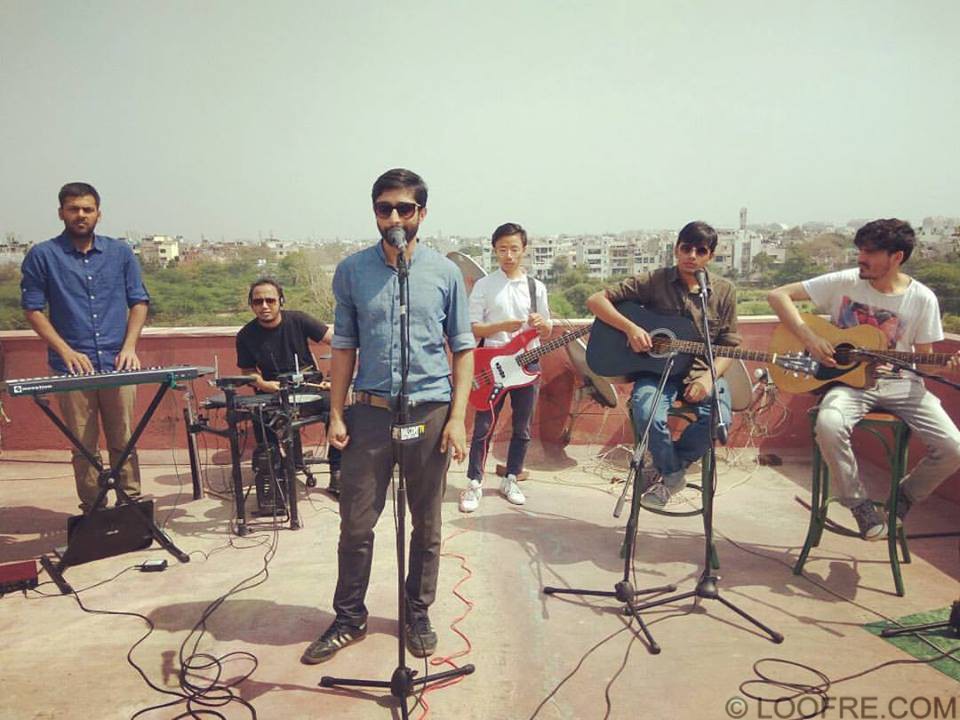 ThePilgrim are a six-piece rock’n’roll unit that first came to being in the music room of School of Planning and Architecture where all of them were students. Their music is born from the deep bonds they have formed as friends and a mutual love for creating original material . A large part of their live set which extends over one and a half hours is in the process of being recorded in 2017.

Their music itself has been variously described as Garage-rock, Post-Punk and Indie, drawing influences from bands such as The Clash, David Bowie, Queen, Velvet Underground, Joy Division, Franz Ferdinand, Red Hot Chili Peppers, Blur, The Hives, The Strokes, The Doors, The Kinks, The Pixies, The Stone Roses, Radiohead, The Smiths, Neil Young, among others.

In 2013, they won the Delhi Indie night and featured in NME magazine-

“FIRST INDIE-MUSIC BAND COMPETITION COMES TO A CLOSE WITH PILGRIM WINNING IT ALL”.

In December 2015, they released a three track EP, Saturnalia along with a crowd-funded video with the support of their fans.