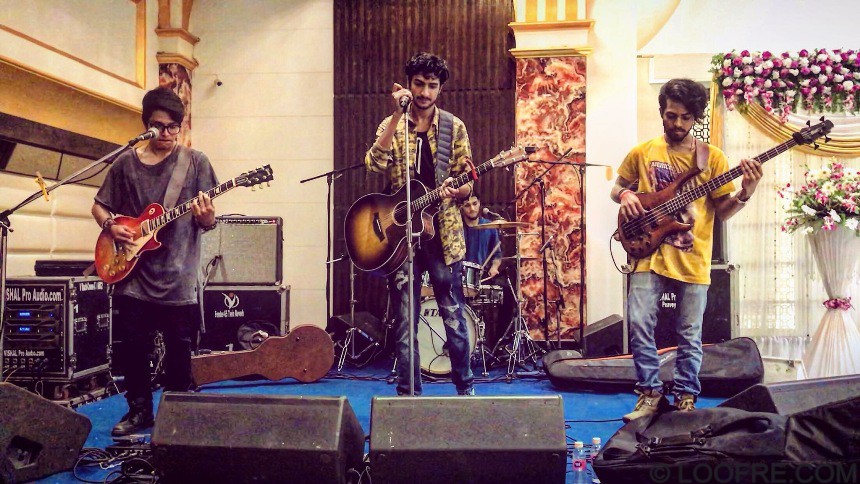 “The Mixtape” Band is a 4 piece indie rock Band from New Delhi. 10th June 2016 was the date when Ankesh and Vishal Kar played for first time together. Random guys met on Instagram gave a thought to play together and since then they never stopped. Earlier they named their duo “The Anky Vkay Project”. They didn’t want to limit themselves so they add two more members in the band for drums and bass.

Mayank and Vishal Kar used to play in a band earlier so he decided to come on board with them. Vishal Koli and Vishal Kar were school mates as well as best friends and Koli recently switched to bass guitar. At the end because of the mixed music tastes and different genres they created a mixed playlist including Original Compositions and they named their band “The Mixtape”.

Performed over 200+ shows last year, From Colleges to public Fests to Cafes to Private Events, All over India. People admire them for their onstage energy, heavy music and soulful voice. Currently, The Mixtape is working on their debut album and planning to release their album in late 2018.

Band The Mixtape on SoundCloud