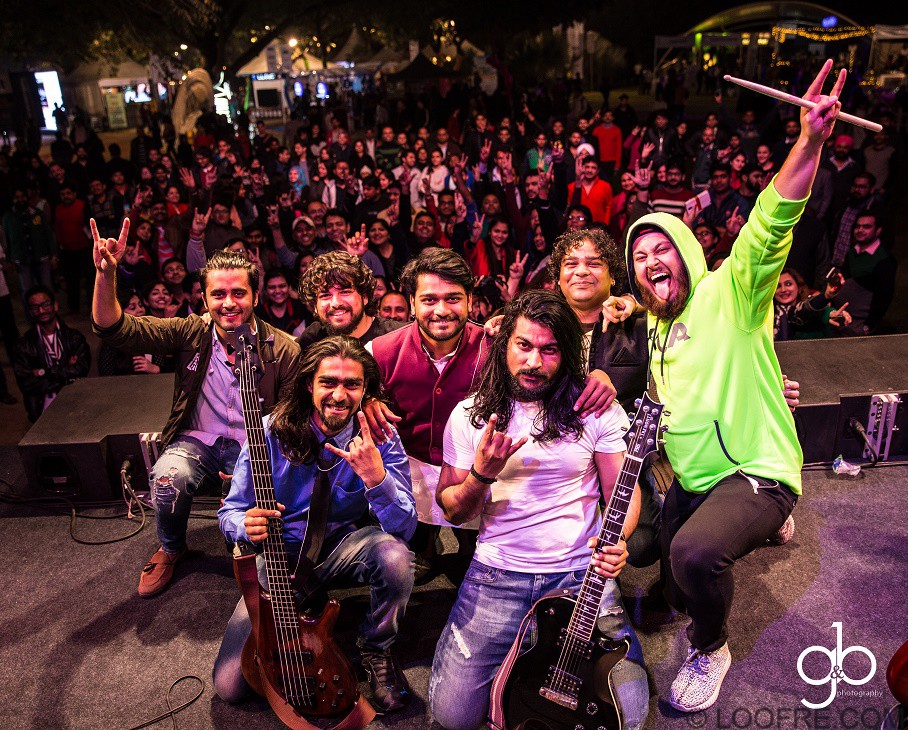 TARKASH is a multi-genre band, based in New Delhi. The band was created in 2011 by 5 young men and has been getting strong ever since. The band ’Tarkash’s name, which has its roots in Devnagari script, translates to ‘Tarkash’ a basket or a container of arrows ’Tarkash’. Having a full ‘Tarkash’ was a matter of pride for the warriors. Similarly, their music is a matter of pride for these budding musicians. Tarkash has made it’s mark around the globe and has performed for their fans in Rome, Moscow, and Jordan.

PARTH SHARMA, A band’s major element is the Vocalist. Tarkash proudly possess a self- trained semi-classical singer Parth, who started his singing at the age of 6. He is one of those few vocalists who is supremely comfortable with a Suﬁ inﬂuenced rendition and can hold his own with a Western Pop/Rock composition

VIBHOR HASIJA, Well something that law of nature says, “ there is always a soul to which the body is attached with.” The soul of Tarkash is Vibhor.  He started with his training in the Indian Classical Music, and through the journey, he gradually became a fan of Western music. So we can always ﬁnd an amalgamation of both the elements of Indian Classical as well as western music in his compositions.Vibhor, The Mr-on time Keyboardist plays a big role in adding melody to various songs and to the compositions. He is probably the spine of the band, managing things and thus binding the whole band together.

SIDAQUE SINGH DADIALA is a hardcore Metallica fan, his metal beats add another level to the environment. Not only his drum beats pulls the crowd, but also his head banging attitude on stage is a treat to watch.

MANNI SAINI  Manni is popularly identiﬁed because of his long hair. Thus his experiments lead to progressive and psychedelic music which is actually the fusion of various metal, jazz, folk, indie and soft acoustic components. With a metal backdrop, Manni is always up to new experiments with an outcome of innovative and creative tune in a union of various genres.

IMRAN KHAN Making his way to Tarkash, this renowned violinist comes from the most prominent rock band in India – Parikrama. Imran Khan is all bonkers to set a benchmark in the history of Music Industry.

He has travelled more than 35 countries performing with some of the most eminent artists of India like Farhan Akhtar and Arijit Singh.

RAHUL SALWAN Started Playing tabla at the age of 12. Rahul is a student of renowned Indian classical guru pt. Kishore Banerjee. He has shared the stage with artists like Rekha Bharadwaj, Harshdeep Kaur, Shilpa Rao, Lucky Ali, Parikrama, Indian Ocean and many more.