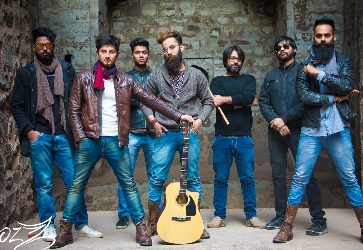 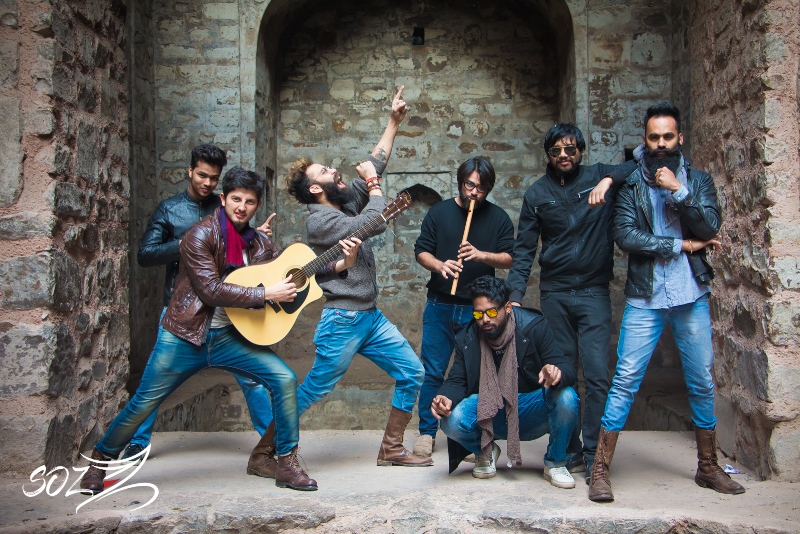 SOZZ IS A MULTI GENRE BAND OF VERSATILE AND TALENTED YOUNG MUSICIANS FROM DELHI. FULL OF ENTHUSIASM, ENERGETIC AND CREATIVE! THEIR ACT MESMERISES ALL.

Puraskar Nirawan (Guitarist)
‘GURU MAHESH’- An enthusiastic musician by nature, patch specialist and a classically trained sitarist. Experimenting with music is fun to him. With a thorough understanding of Indian and western music, he is always lost in his musical realms and has the right notes expressing the SOZ within.

Anubhav Singh (percussionist)
‘GURU BRAHMA’- An adept tabla player from Dilli Gharana. Anubhav is not only familiar with Indian classical music, he has actually been living it. He is also very active in the pop music circuit and freelances with many bands. Being a good classical musician, he adds a groovy element to the band and keeps the audience pumped up.

Sumit Shridhar (Lead Vocalist)
‘GURU VISHNU’- Sumit has been into music right from early childhood. born and brought up in a musical family of Jaipur Gharana. Apart of vocals, he is also very good at tabla , guitar,dance and other art forms. His band members call him all rounder of the band.

Nikhil Kumar (Flutist)- One of the most refined flute players in India,  Nikhil Kumar is a disciple of Pt.Ajay Prasanna, he has played across the country on various stage and with many talented musicians and bands like nasya,Indian Ocean, Parikrma ,Rekha Bhardwaj, Mame Khan ,Shibani Kashyap and many more.

Pawan Nautiyal (Drummer)- Pawan nautiyal is a young and budding talent in the field of Drums , he has a bachelor degree in Tabla from Delhi University , with the knowledge of both Indian and western rhythm patterns he adds many vibrant flavours to the compositon.

Rohit Kullu (bassist)- After his completion of Audio engineering course, Rohit was extensively involved in Live Sound Reinforcement for some time and later shifted to U.K. to pursue his Bachelor’s in Music. His grooves in bass fill up the songs with the energy and wildness that the genre demands & so does his musicology and experience that helps in composing songs in a way different and fresh from others.

Rishi Shridhar (keyboard)- Rishi shridhar started learning music at the age of 5 from where in his whole family has been into music he specialise in vocals, guitar ,piano keeping commercial music n my he adapted and improvised his own style of singing and playing commercial songs with a blend of American RNB and punk music, he ads another dimension to the music by filling in with the requirements of the band.