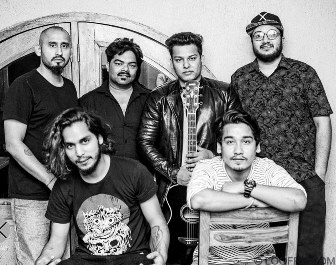 Two brothers, Suraj and Sanjay Verma, formed Indo Fuzon in 2013 at Chandigarh. Suraj has been in the Top 30 in Indian Idol 2012 and Sanjay is an all-rounder as he has been a Vocalist, a Guitarist, a drummer and even the bassist of the Band. Initially they started as a duo Setup but soon realized that the future of the band is something else.

After collaborating with many artist they finally realized that, the band is heading in the right direction. In 2015, Paras Roriyal joined the band as the lead Guitarist and gave a new dimension to the sound and soon after him; Rajeev Kori became the newest member as the Percussionist and gave depth to the Indian classical and folk section. By this, time the band became THE HOT THING in Chandigarh, and then the band got a Manager, Abhishek Pratap Singh.

In 2016, Band moved to Delhi and hung the flag of their success. In 2017, after collaborating with many artist the band finally got their bassist by the name of Ankit Rawat. In addition, later that year, the band has collaborated with Vishal Mehta (drummer of Euphoria) as Well. 2017 has also been very important for the band as they have recorded their first song at Yashraj Studios Mumbai, and soon will be Releasing the video of the song as well.