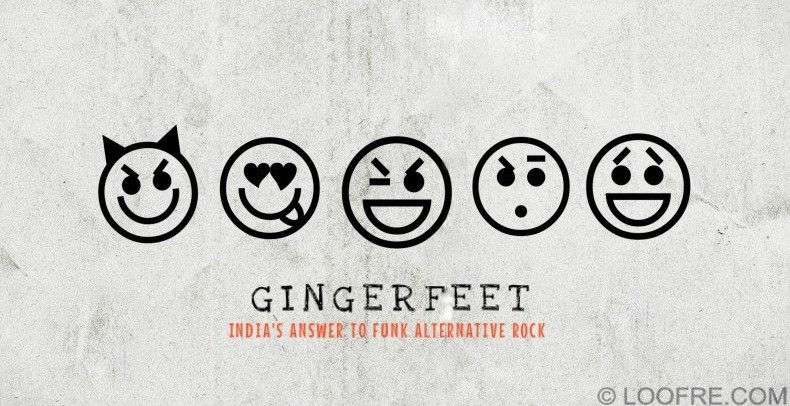 Gingerfeet is considered as India’s answer to Funk Alternative Rock.Quoted as the super-group from Calcutta by RollingStone Magazine, the band is renowned for their high octane live acts and super explosive set lists. The band has been rated as one of the best bands in India by various media houses and journals.

The band got together late last year, making their debut at the Hornbill International Rock Competition, part of the annual Hornbill festival held in Nagaland. They played to thousands of adoring fans, and emerged as winners of the contest which itself is one of the biggest and the most reputedfestivals in India as well as South East Asia.
The band also emerged as all India Winners of Hard Rock Rising 2013 in Hyderabad and was short-listed among the top 25 bands selected from all over the world to play at Hard Rock Rising Global.
Finale in Hyde Park,United Kingdom.
In August 2013, Gingerfeet played at Harley Rock Riders : Season 4, the grand event organized by Harley Davidson Motorcycles USA followed by their North-East India Pre-Album Release Tour where the band band played in different cities in NE India.
In September 2013, Gingerfeet released their debut album – High and Above : The First Wave which fetched record breaking ratings from eminent music magazines and personalities from all across the world including Robert M Knight,USA [Rock Prophecies] and Lonn Friend,USA [RIP Magazines].
Gingerfeet has been rated as one of the most powerful rock acts in the country by Indihut and the band is going all guns blazing with the amazing success of their debut album – High and Above, worldwide.

Here’s what they had to say –
” Its funky, it rocks, it jams and its pounding guitar all the way through. Gingerfeet is real rock and roll and funk that really knocked me out on first listen.Simply amazing! ” – Robert M Knight [Rock Prophecies]