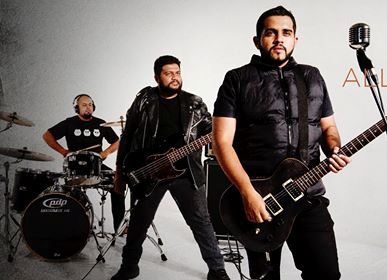 ABOUT ALL THE FAT CHILDREN 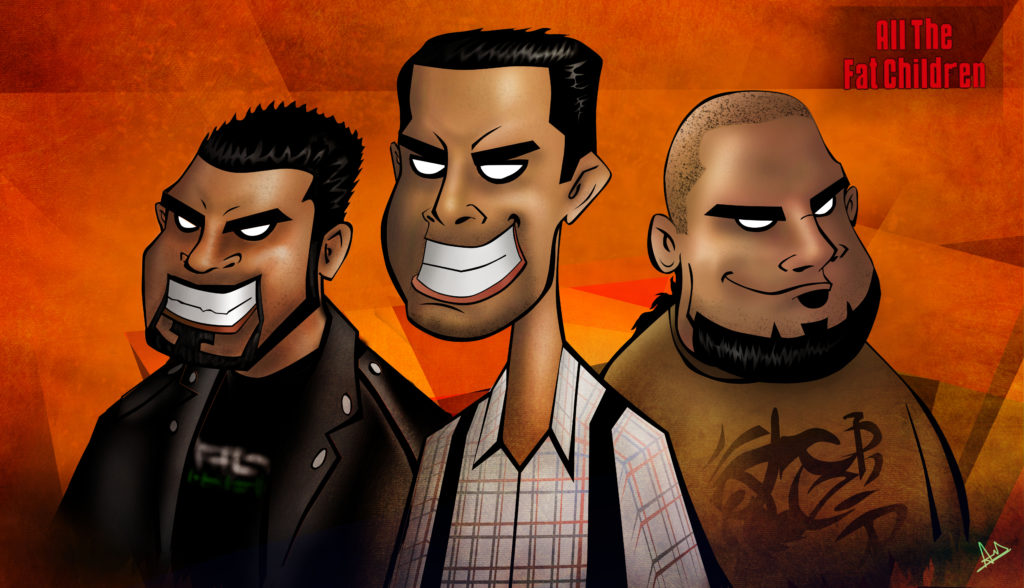 All The Fat Children (or ATFC for short) is a three piece ‘Fat Rock’ band that was founded in June 2008. ATFC is composed of Eben Johnson on guitar and vocals, Vickram “Vicky” Kiran on bass and vocals and Sachin Savio Dane on drums to add to the mad mix on stage. Together they have performed over 200 shows all over the country with their 30 original compositions to their credit.

The genre is reflected in most of the band’s helplessly catchy numbers that include- ‘Shut up and dance’, ‘I predict an earthquake’ ‘My Favorite Heartbreaker’, ‘Pimple Disco’ and so much more. To add to their music they play occasional covers that are recreated to produce their version of the song. The band’s single “Somebody Else” was nominated by Rolling Stones India as one of its 10 Best Indian Singles of 2015. The Band in association with Guiness World Records TM and Limca Book of Records TM along with India’s biggest beatboxer – Vineeth Vincent broke the previous world record for the “World‟s Largest Beatbox Ensemble” with 1200+ students from Christ University, Bangalore.

ATFC is known for their live act including instances of Eben wearing a nightgown with lipstick and a bindi on stage. The band frequents a variety of college festivals, corporate shows, pub gigs, music festivals and public venues that showcases artists, opening, supporting and headlining these events, basically “sending it” all over India. Their energy is contagious making every show a performance in itself, guaranteed to make you dance and sing along to their catchy lyrics and music.

Band ALL THE FAT CHILDREN on SoundCloud